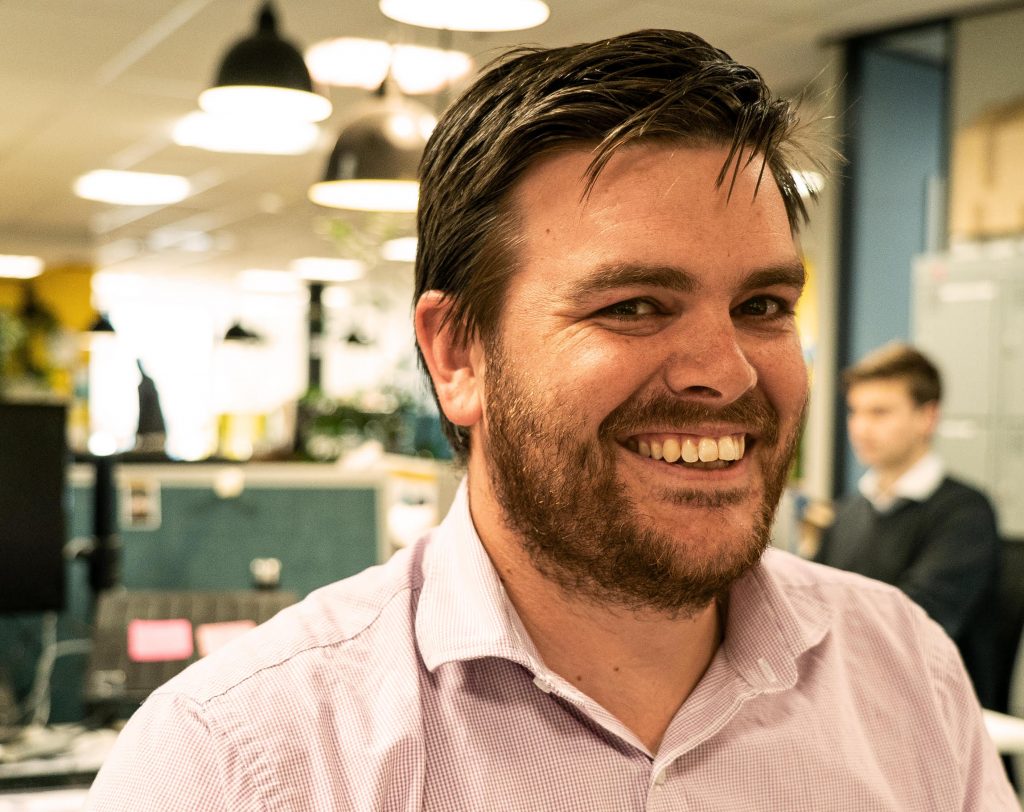 Sometimes, proximity is the simplest way to connect. Mechanical engineer David Trought runs his design consultancy, Design Encounter, out of Saltworks – the same co-working space that has been home to Happy Cow Milk for many years.

We brought David in to do some fabrication drawings and then he moved into a much bigger role of project management, strategy planning and fabrication for the hardware that makes up Happy Cow’s innovative milk processing and distribution system.

David studied mechanical engineering at Ara (formerly CPIT) and then spent several years contracting for a range of industries in Australia. He designed everything from consumer electronics to containerised desalination units. It was this incredible range of experience that made David the perfect person to work on the Happy Cow Project, which he describes as “part IOT, part agricultural unit, part consumer product.”

We asked David what the biggest challenges of the project have been.

“What we’re trying to do is to fit everything that goes into a commercial milk plant into a small box and then have it run independently. There are books and books of documentation that we need to comply with to be able to safety process milk. And all the regulations have been designed around large production – 10s of thousands of litres – not 10s of litres, which is the scale we’re working to.”

David says downsizing a tank is not just about making it smaller. “We’ve had to change the way we heat and cool the tank. It has to heat in different ways to make the milk properly pasteurised and safe. A large milk factory spends millions of dollars doing this, but we’ve had to do it at a cost that makes it attainable for a regular farmer.”

All through the design, David and Glen have been communicating with the consultants that sign off milk processing systems for MPI.

“They were very diplomatic and would say things like, ‘that works in theory’, but when we showed the units actually working and they signed them off – that was a very big moment. It meant that we had read and interpreted the regulations accurately – even though what we were designing was a completely different system to what those regulations were intended for.”

David says the next phase will be about making sure the system is robust enough for farmers while still being stylish for cafes and consumers.

“All the pieces are there – we’ve got enough tanks now to process 300 litres of milk every day.”

David says his commitment to Happy Cow Milk is driven by a desire to help farmers turn back the clock on industrial farming.

“This system should be able to offer farmers to be able to farm like they used to back before the industrial revolution. If we can get farmers to be integrated into their local communities, rather than being outside of the community and their product shipped off overseas, then I think we can improve the quality of life for the farmer and for the community. We can improve transparency on animal welfare and create a society that is less ‘us and them’ and more of a community-based discussion on the best way to farm in the future.”

Ever wondered what happens to milk at the factory?

In this video, Glen explains what happens to milk at the factory. He takes us through the process and explains 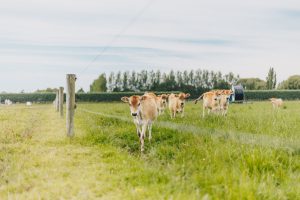 Nutrients in, nutrients out

Cows are rather inefficient at producing milk. When a cow eats grass, most of the nutrients from the grass is turned

Ever wondered what happens to milk at the factory?

In this video, Glen explains what happens to milk at the factory. He takes us …

Nutrients in, nutrients out

Cows are rather inefficient at producing milk. When a cow eats grass, most of the nutrients …

Thanks for supporting kinder, greener, fairer dairy. You'll hear more from us soon.